It is widely known that the use of green energy could largely reduce environmental contamination caused by traditional thermal power generation. Robin Energy Limited is proud to present that we specialize in developing small but high torque dynamo system using wind or water flow energy.

Our system is able to generate electricity with very mild wind (5km/h or above) but delivering incredible low starting torque. This could easily satisfy households utilizing electric power converted from renewable energy.

Wind energy is not widely used in households due to the size of conventional Horizontal-Axis-Wind-Turbine or “HAWT” wind blade system. They are big, bulky and unpractical for household use. Robin Energy Ltd uses “VAWT” or Vertical-Axis-Wind-Turbine system to generate electricity…..but we are very different from our counterparts who use conventional dynamo that is “heavy to move or rotate” and almost impossible to generate electricity under mild wind condition.

Under very mild 1.39m/sec (5km/h) wind, our wind powered lamp post system is able to generate/store 739 watts of DC power in 24 hours. This is more than enough to supply power to highway lighting that requires only 600 watts of electricity to provide 10 hours of continuous lighting. Smaller street light requires even less power, only 360 watts needed!

This building consists of 12 paired vertical axis wind turbines. The renewable energy generated from the system goes to power the public lights of the parking, if any excess power is generated, it gets fed into the grid. 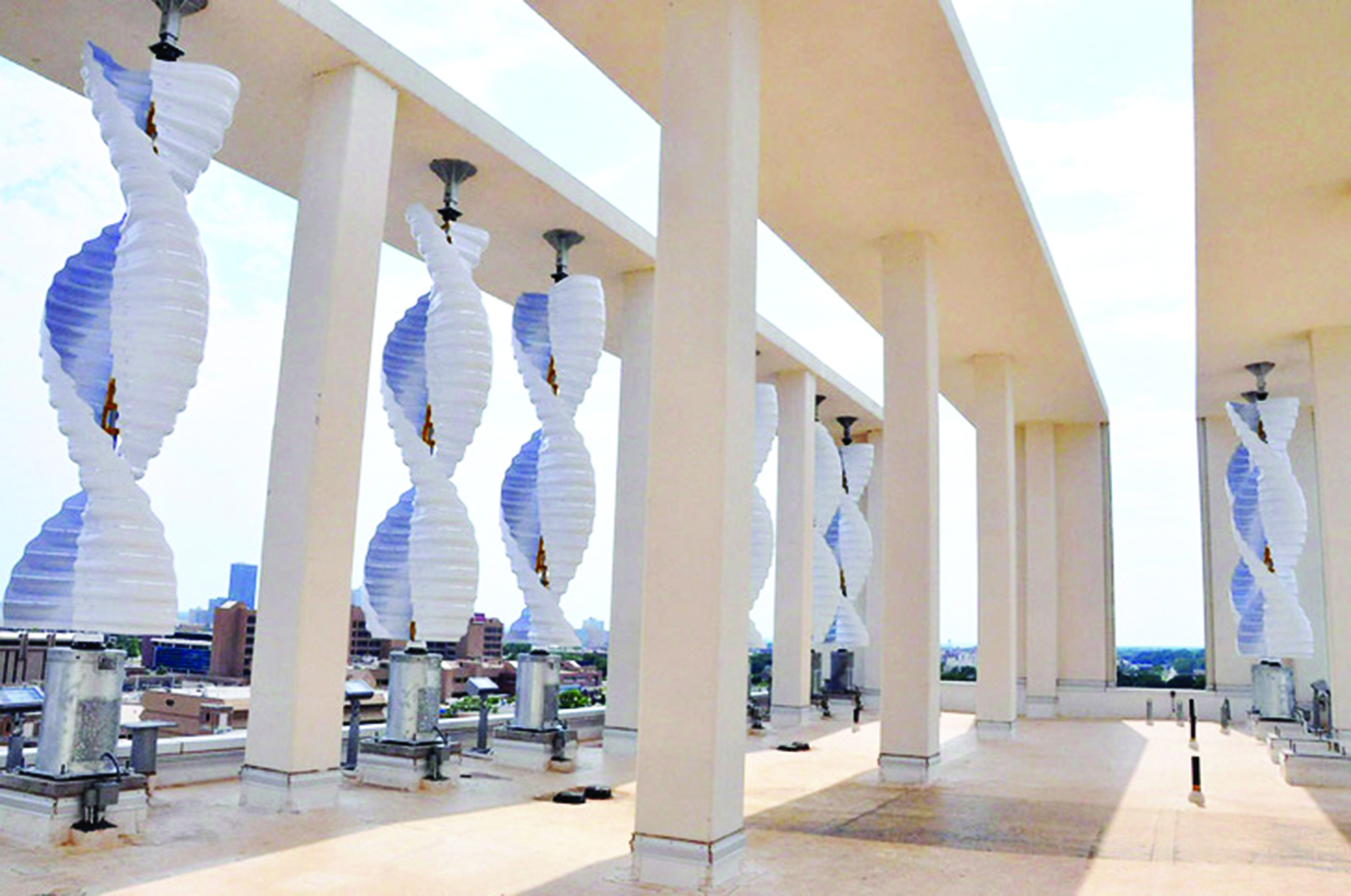